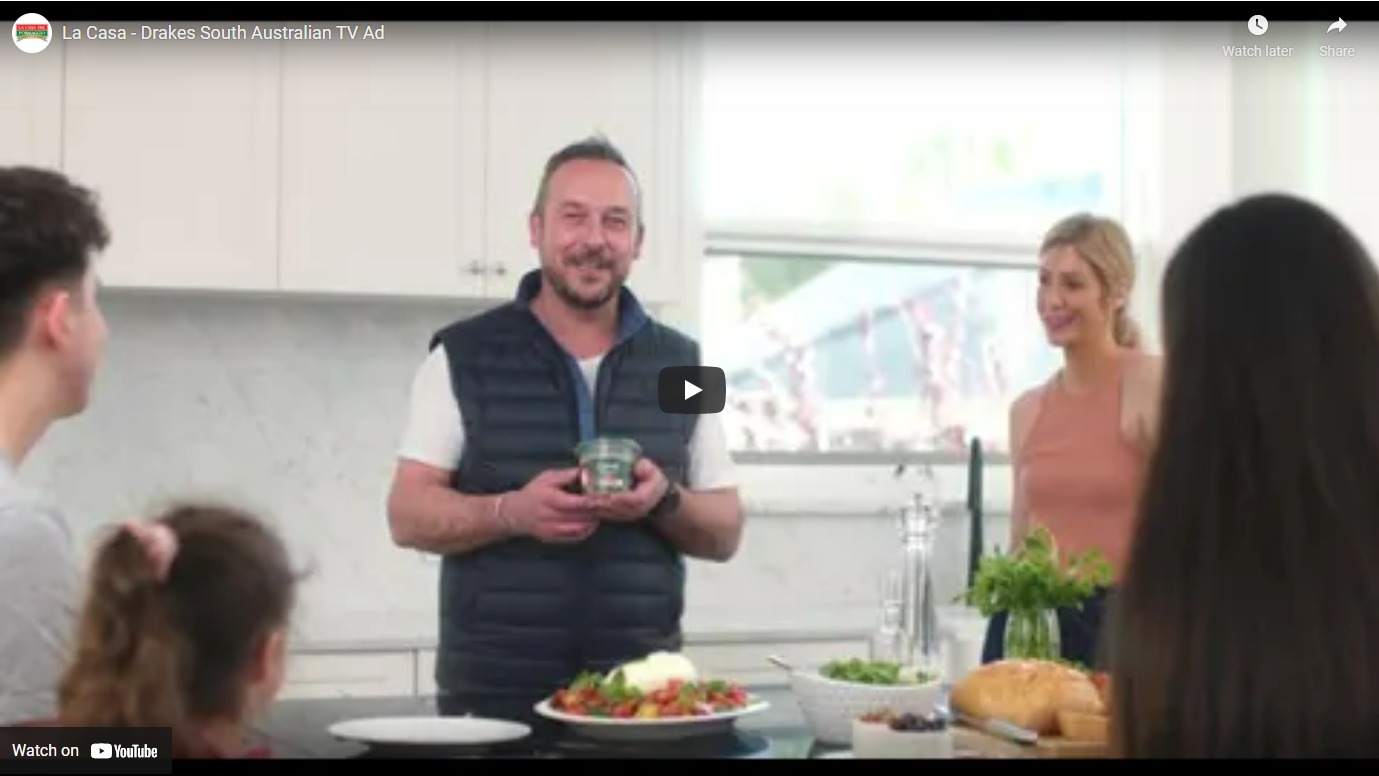 Are you using South Aussie cheese? Are the ingredients in your day, SA?  Two important questions that the new La Casa Del Formaggio/Drakes TV ad asks.  Premiering in November 2021, we are proud to take part in this new TV commercial campaign with Drakes Supermarkets. These ads over the years have become iconic in South Australia, and highlight the importance of supporting local.

La Casa Del Formaggio has almost our entire range available at the fine Drakes outlets across South Australia. Roger Drake and his team have supported La Casa Del Formaggio in our 33-year history, by ranging our products, supporting our new product launches and helping to make our cheeses widely available.

It’s together we ask: “Are you using South Aussie Cheese?”