Find answers to all your cheese related queries 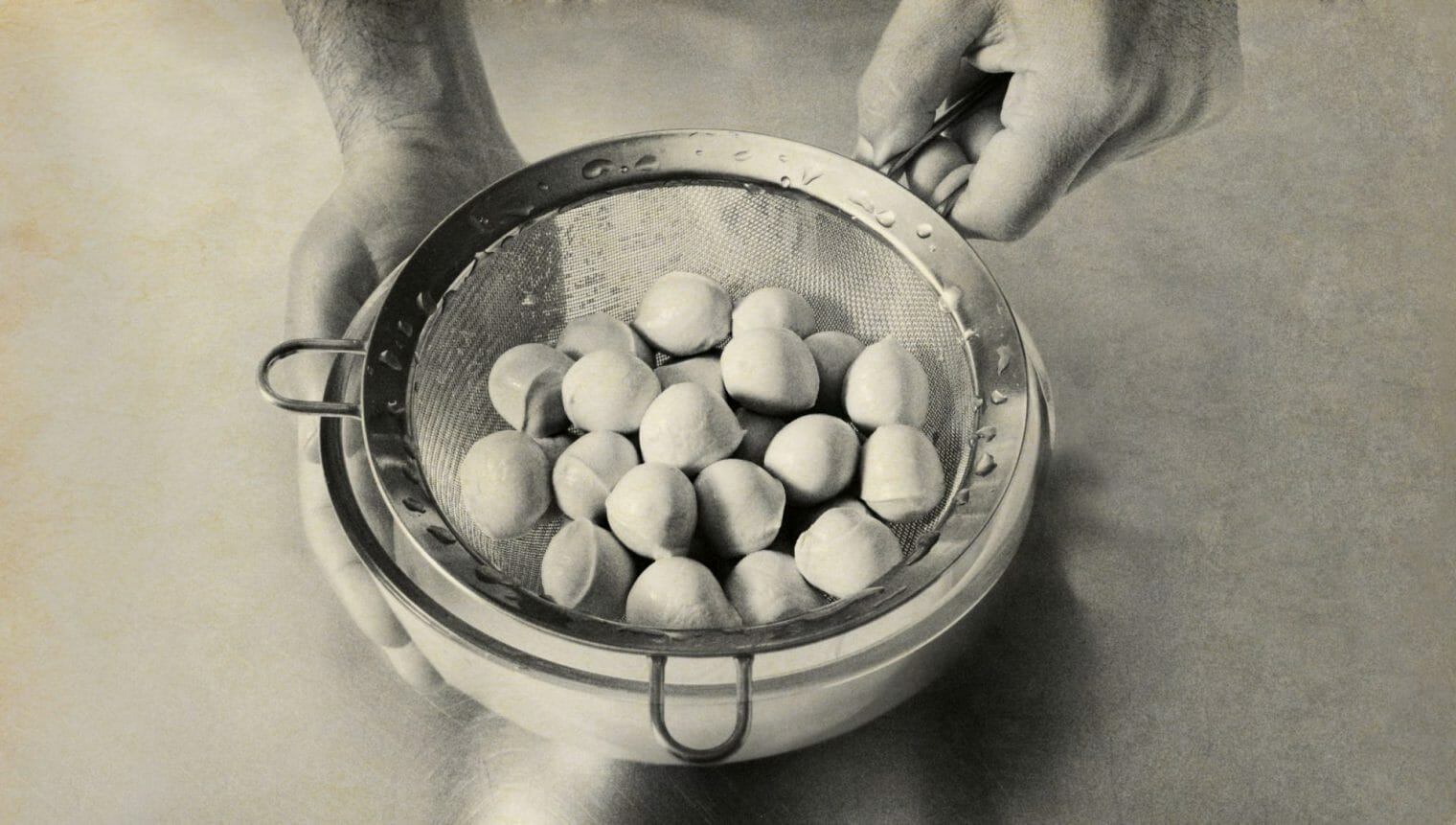 How do I best care for my Grated Parmesan?

Grated Parmesan is dated with a Use By Date to give you an idea of how long it should last if stored in optimum conditions and used correctly. Our Grated Parmesan does not contain artificial preservatives and it can sometimes grow mould if over exposed to air or moisture, so it is important to be mindful of the way it is handled.

We recommend that Grated Parmesan is kept in the coolest part of your fridge which is usually at the top towards the back. When using Grated Parmesan, be sure to take tub out of the fridge just prior to use. Only use clean, dry utensils to remove Parmesan from the tub. Keep the Parmesan in the original container and make sure when resealing the tub that the lid is on airtight, which means screwed on tightly and without cheese blocking the lid track. Put back in the fridge immediately after use.

Freezing is a perfectly suitable option to minimize the chances of mould growth.

What is the difference between the types of Mozzarella?

The main difference between “Mozzarella Fresca” (or Fresh Mozzarella/Bocconcini) and Mozzarella, which is intended for melting, is that Mozzarella goes through an extra cooking step after the curd is cut to expel more moisture. This allows it to be shredded for ease of use especially in a commercial environment. Essentially, Bocconcini are small pieces of fresh mozzarella that undergo no further ripening after being packed in slightly salty water.

What does the name 'Bocconcini' mean translated from Italian?

What is the difference between Bocconcini made from buffalo milk or cows milk? What type of milk is used to make La Casa Del Formaggio's Bocconcini?

Rennet is a naturally occurring group of enzymes, the key member of which is chymosin; an enzyme which has the ability to clot, or coagulate milk. It is used in the making of cheese and junket. Animal rennet is obtained from the fourth, or true, stomach (abomasum) of milk-fed calves, this enzyme used by the animal to help digest the milk it consumes. Because of this, cheeses containing this Rennet are not suitable for Vegetarians.

What is non-animal rennet and what is it made from?

Non-animal rennet is an alternative substance that does the same thing to milk as the animal product. This can be made from plants such as fig tree bark, nettles, thistles, mallow, and Creeping Charlie. Rennet from thistle or ‘cynara’ is used in some traditional cheese production in the Mediterranean. Alternatively some microbes or molds produce enzymes that will curdle milk and these too can be used, in purified form, as a rennet substitute.

What coagulant (rennet) does La Casa Del Formaggio use for its products?

Are La Casa Del Formaggio cheeses made with pasteurised milk?

All of La Casa Del Formaggio’s cheeses are all made with pasteurised milk as stipulated by Australian law. We receive fresh full cream milk daily to our factory in Glynde and the milk is pasteurised onsite prior to cheese making.

No. La Casa Del Formaggio’s Mascarpone is made from cream, milk and food acid. It does not contain rennet. Citric acid is the clotting agent in the product.

Does Haloumi melt when it is fried?

Haloumi can be fried over hot temperatures without melting due to its higher than normal melting point, making it an excellent cheese for frying or grilling, as an ingredient in salads, or fried and served with vegetables. The resistance to melting comes from the fresh curd being heated before being shaped.

What type of milk is used to make La Casa Del Formaggio's Haloumi?

Haloumi traditionally in Cyprus was made using a combination of goat’s milk and sheep’s milk. However, now it is also made using cows’ milk. La Casa Del Formaggio’s Haloumi is made using fresh South Australian cow’s milk.

What is the difference between La Casa Del Formaggio's many types of Ricotta?

There are two techniques traditionally used to make ricotta. Our basket ricotta is made using whey (the byproduct of curd cheeses). This is the Traditional way to make ricotta. This ricotta tends to be slightly firmer because it expels whey (liquid) throughout its shelf life. This makes it ideal for cooking as it will not produce excess liquid when heated. The Reduced Fat Ricotta is firmer than the Full Cream and it is available in supermarket delis behind the glass and in our Factory Outlet Shop.

Our Smooth Ricotta and Smooth Ricotta Light are derived from our Traditional Ricotta, but we blend the whey back in with the cheese to create its smooth consistency. It is natural for liquid separation to occur throughout the course of the Smooth Ricotta’s shelf life. This can be drained or stirred back in – it is up to you!

Our 500g tub ricotta is made according to Rosa’s original recipe from the Cicchiello’s continental deli. Because Rosa was only making Ricotta and not any curd products, her ricotta is derived from pure milk instead of whey. The result is a clean and slightly sweet taste with a light and fluffy texture. Our ladies in the shop tend to strain this ricotta prior to cooking to release the excess whey.

How are fresh cheeses best stored?

Refrigeration can substantially reduce the rate at which food will deteriorate. Low temperatures slow down the growth of microorganisms and the rate of chemical (including enzymic) changes in food. These are two of the main causes of food spoilage. Different parts of your refrigerator will operate at different temperatures. In older style refrigerators the upper shelves will often be slightly colder than the lower shelves. In more modern appliances, the temperature will be relatively uniform throughout. Check your instruction booklet to find the warmest and coldest areas inside your model.

There are simple things you can do to maximise your food’s shelf life. They include:

Some brands of ricotta products may contain rennet as there are two techniques traditionally used to make ricotta. The whey is set using either rennet or lactic acid. La Casa Del Formaggio’s basket style Ricotta is acid set rather than rennet set, so this style of whey Ricotta products do not contain any rennet. However our Ricotta made from full cream milk (not whey) that comes in our 500g tubs is set with animal rennet.

Are any of La Casa Del Formaggio's cheeses Halal Certified?

La Casa Del Formaggio’s products are not Halal certified, however several of our products use non-animal rennet and do not contain any animal products. See each individual product page for a list of ingredients.

Is it ok to eat Bocconcini, Ricotta and other soft cheeses if I am pregnant?

Can I freeze Bocconcini, Ricotta or grated hard cheeses to make them last longer?

You cannot freeze Bocconcini to make it last longer. Due to the delicate nature of the fresh cheese product, it does not freeze and defrost well and the product texture will be well below its usual quality if you freeze it.

Ricotta also does not take kindly to being frozen. Freezing ricotta cheese will not spoil it, but it will change its texture and the cheese will be well below its optimum quality, therefore we do not recommend freezing.

Some other cheeses are fine to freeze including hard grated cheeses (Parmesan, Pecorino). These can be frozen and taken out in portions to defrost and use as desired. They defrost almost immediately for instant use.

Which cheeses are lactose free?

Most aged, hard cheeses like Swiss, sharp cheddar, and parmesan contain little or no lactose. Lactose is a sugar, therefore, if the nutritional information on the specific cheese displays no sugar content then the cheese contains no lactose or very minimal quantities of lactose. Most of the lactose found in cheese is removed with the whey during the manufacturing process. Bocconcini, Mozzarella and Fresh Pecorino are made using the curd not the whey, hence these cheeses are low in lactose. Ricotta is made using the whey, therefore it contains some lactose. Please note: if you are highly sensitive to lactose, we recommend you consult your doctor before consuming cheese.

What is the difference between Mozzarella and Sweet Cheese?

Bocconcini are simply balls of fresh mozzarella. Bocconcini is a type of Pasta Filata or stretched curd, which is a delicately flavoured fresh cheese that has a texture very similar to al dente pasta. It is used to carry other flavours such as fresh herbs and extra virgin olive oil in salads. Traditionally made in Southern Italy from the milk of water buffaloes (introduced into Italy from India in the 16th century), it is primarily made with cow’s milk in Australia and best kept in its own lightly salted water. Bocconcini is sold in a number of sizes including Bambini, Cherry, Traditional and Fresh Mozzarella. Bambini Bocconcini (Baby Bocconcini) are the smallest size, with each ball weighing 5 grams each. ‘Bambini’ Bocconcini is a trademark of La Casa Del Formaggio and is simply another name for “Baby Bocconcini.“

How much fat does Bocconcini contain?