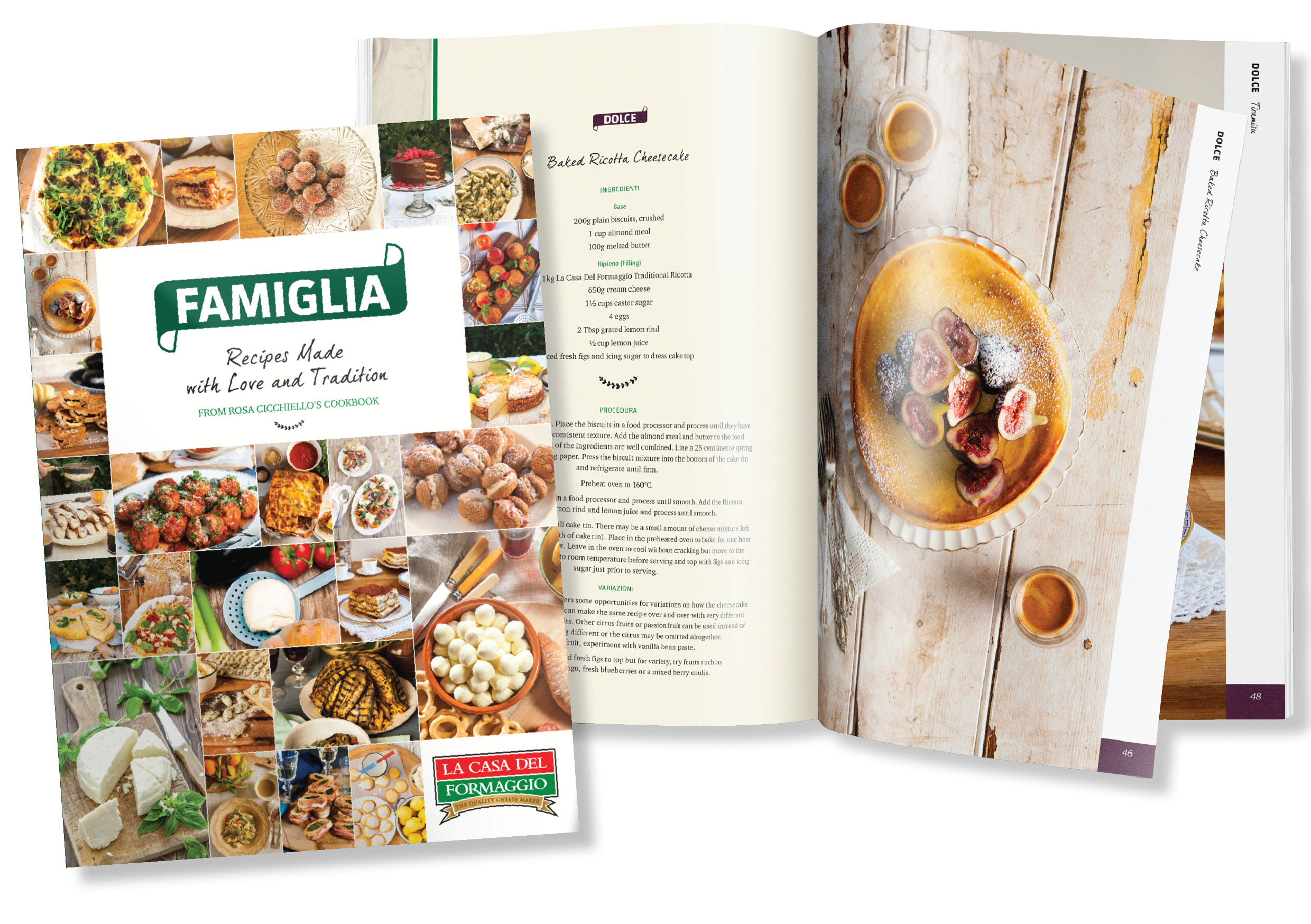 The first printed recipe book from La Casa Del Formaggio helps to document historic recipes that came to Australia with a migrating Italian family in the late 1960s.

The book was designed as a fitting memorial to the late Rosa Cicchiello, one of the founders of La Casa Del Formaggio and mother of the current Managing Director Claude Cicchiello. The recipes in this book draw strongly on the recipes passed down by Rosa to her children and basic Italian cooking principles that underpinned them. The short narrative that accompanies the recipes gives an insight into a successful immigrant family as they started a traditional Italian cheese business in Australia. It is a wonderful private history in many ways.

“We have shared some of these recipes in the past on social media and the response was unexpectedly personal from a number of our fans,” says Mr. Cicchiello. “People contacted us to thank us, saying that a relative had cooked something like this but they had passed away before handing down the recipe. Part of our objective with this book was to preserve some of those traditional recipes for the generations of Australians to come.”

One of the complicating factors with Italian cuisine is that many recipes are handed down in an oral tradition with significant variances from one region to the other. As Italian recipes are often taught through doing, they are rarely written down. This initiative by La Casa Del Formaggio has captured a version of these recipes for generations to come.

“There is a growing interest in Italian food around the world and particularly here in Australia,” says Mr. Cicchiello. “So I guess the book is also a way for people not coming from an Italian heritage to explore some aspects of traditional Italian food culture.”

Famous for its fresh Bocconcini, Mozzarella and Ricotta, La Casa Del Formaggio is passionate about sharing its Italian family cheese tradition with Australia. The recipe book takes this corporate mission and makes it a very personal reality.

The books will be available for sale at a RRP of $15 from our factory shop.

The books are also being used by some independent retail supermarkets as a “gift with purchase” in-store promotion throughout the month of June.