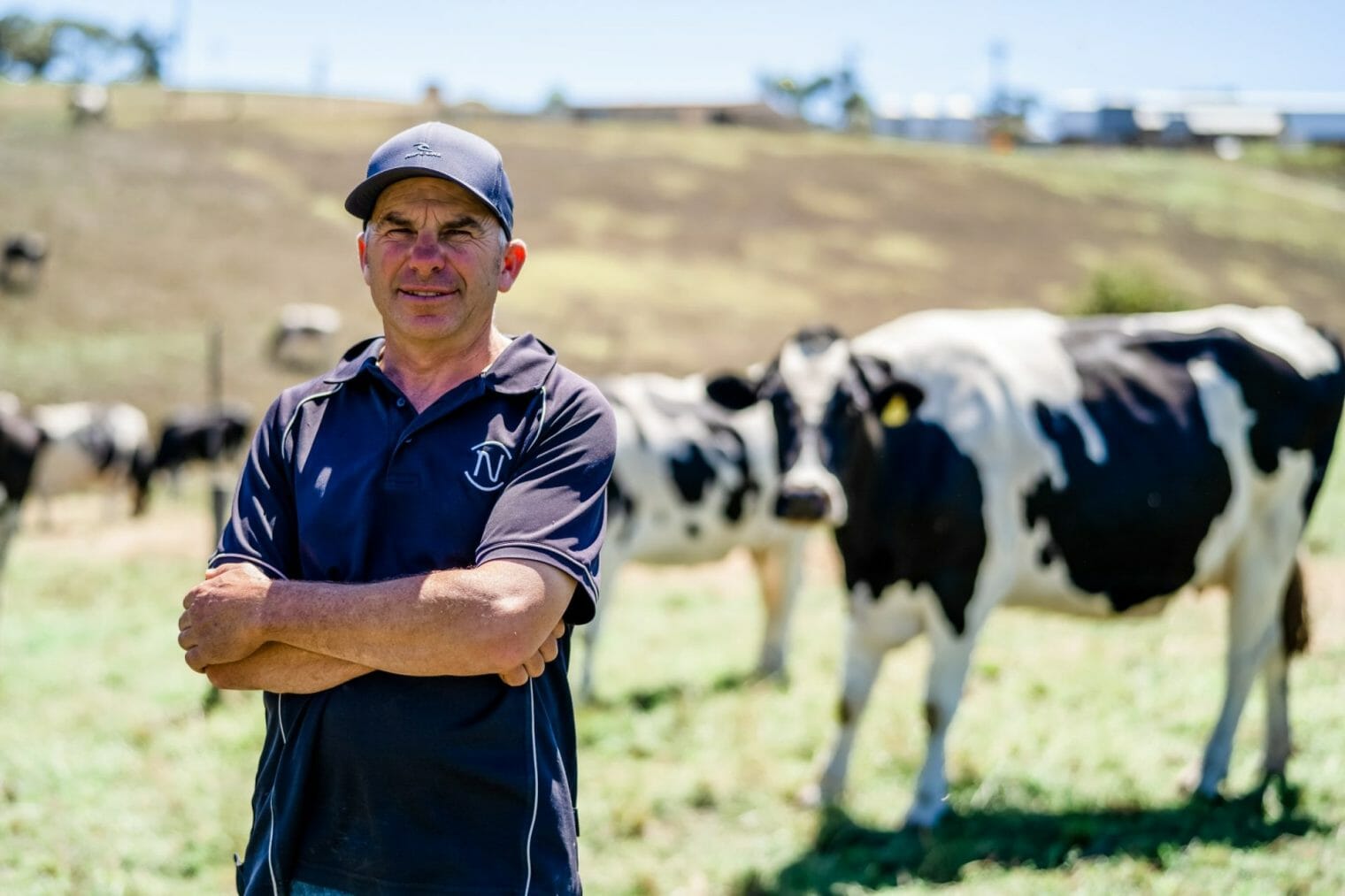 “I think that is the key difference between La Casa and the larger corporate processors. Being a La Casa supplier makes us feel like we are part of a community. We’re more than just a number.” Gavin Newman 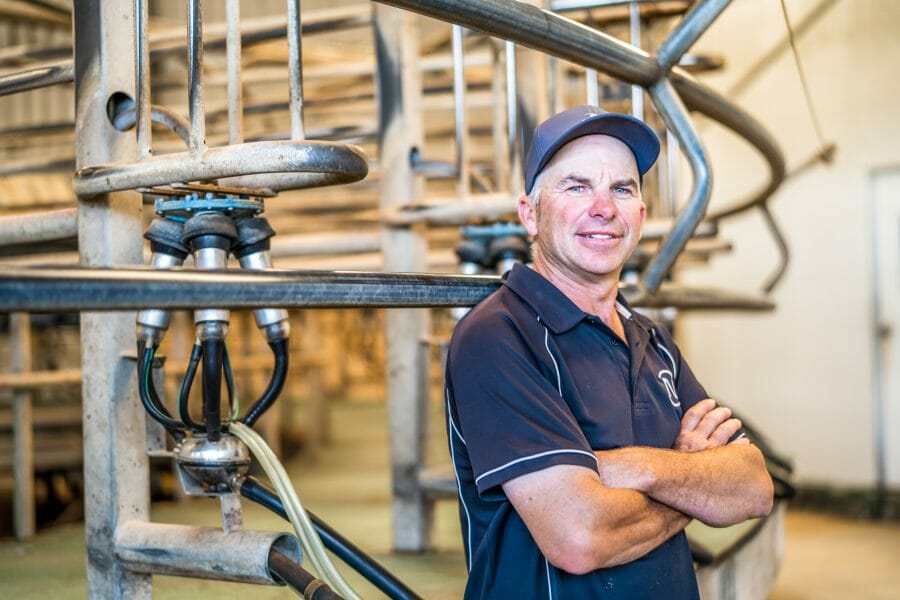 Supplying milk to La Casa Del Formaggio over the past three years has boosted the Newman family’s confidence in dairying.

The Newmans – Gavin, his brother David and their families as well as their parents Ian and Elaine – have farmed at Prospect Hill, just south of Meadows in the Adelaide Hills, since 1959 and dairy farming has been a constant throughout that entire period.

Breeding high-quality cattle has been a longstanding focus and a passion for the Newmans, which they do under the Newlyn Park prefix for both Holstein dairy cattle and Angus beef cattle.

They currently milk 220 cows in the Adelaide Hills, have a block at Meningie where they run young stock and run beef cattle at Willalooka in the South East.

Gavin cherishes the time he gets to spend with his daughters showing cattle, describing it as a “great thrill” to win a ribbon in the showring – be that at a local show, the Royal Adelaide Show or at International Dairy Week.

Like many of their dairyfarming counterparts, the Newmans prided themselves on enduring loyalty to what were once Australian-owned companies which have since become large corporations.

However, with the milk price paid by such companies at the mercy of the export market, the Newmans had reached the stage of reconsidering their future in dairy farming.

“It got to the point where we decided that we couldn’t operate if we were to continue being paid a milk price based on export prices,” Gavin said.

“We still wanted to continue dairy farming and breed Holsteins, so we began investigating our options for alternative processors who paid a premium for quality milk sourced from local farms.

“We had some early conversations with La Casa but the timing wasn’t right. But it wasn’t long before that opportunity arose again and we haven’t looked back since we signed that first contract three years ago.”

The fact the Newmans are investing in their dairy business and are confident about the years ahead rather than reconsidering their future in dairying – as they were pre-La Casa – is testament to the milk price they are getting paid. 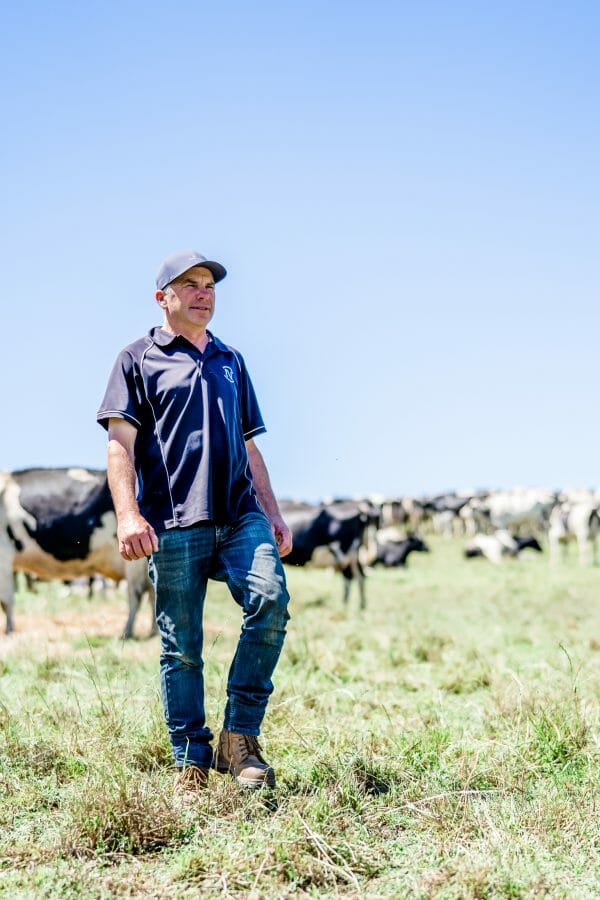 Updating technology in the dairy, upgrading machinery and employing outside labour has made both the Newmans’ dairy business and their lifestyle more sustainable.

“The La Casa team fully understand that without the farmers making a profit, they won’t get the milk they need,” Gavin said.

“Price is very important and La Casa has consistently been one of the higher payers since they commenced direct supply from farmers almost eight years ago.

“But what matters more to me is having a strong relationship between the farmer and the processor rather than chasing every cent every year. We’re not interested in doing that. We’re interested in supplying milk to a local processor at a sustainable price that enables our business to continually invest and improve.”

For Gavin and the rest of his family, the alignment of core values between their family and La Casa, a South Australian-owned family business operated by the Cicchiello family, is the biggest selling point.

“We know the Managing Director Claude Cicchiello personally and we’re able to talk to him regularly and speak to him at supplier meetings.

“I think that is the key difference between La Casa and the larger corporate processors. Being a La Casa supplier makes us feel like we are part of a community. We’re more than just a number.”