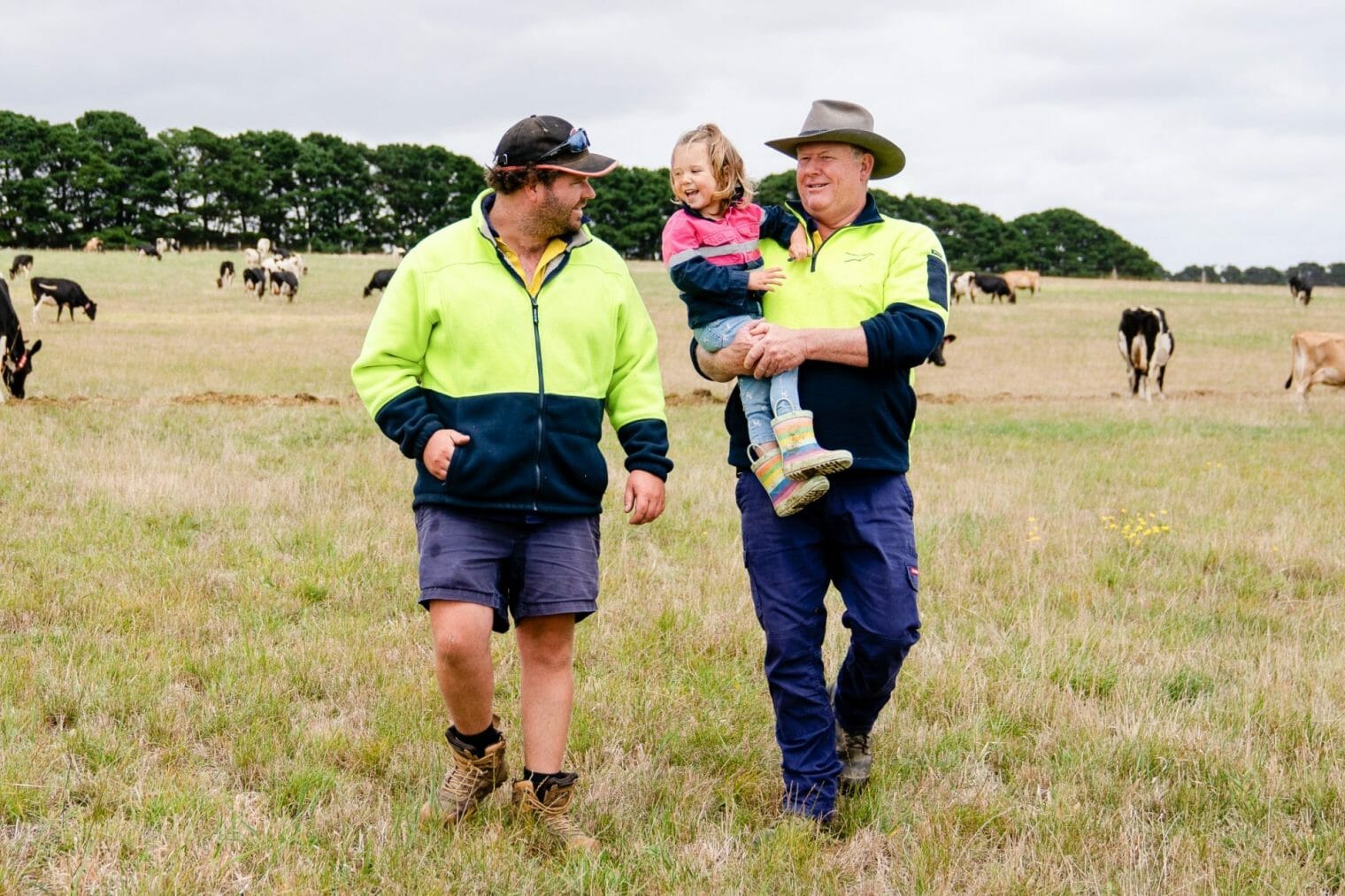 “In all our time dairying, we’ve never had a secure milk price like we have now with La Casa. We were able to talk openly to La Casa about our plans for growth and investment, which they were fully supportive of.” Jake Connor 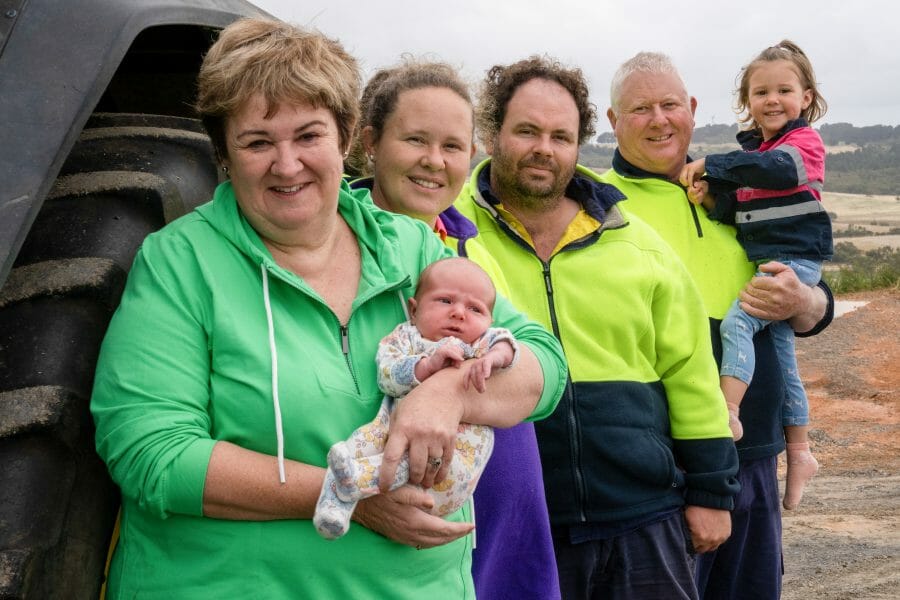 The Connor family’s ambitious plan for growth involving robotic milking and a herd expansion has been made possible by the security of a long-term milk price offered by La Casa Del Formaggio.

Michael and Jodie Connor farm with their son Jake and daughter Chelsea Donhardt, with the four of them equal partners in the family business, Nangkita Dairies. The business has been supplying milk to La Casa for four years.

Nangkita is the base of the operation where the Connor family have been farming for 80 years, with Jake and Chelsea the fourth generation to enter dairying. The fifth generation is now coming through the ranks, with Chelsea and her husband Reece recently starting a young family. 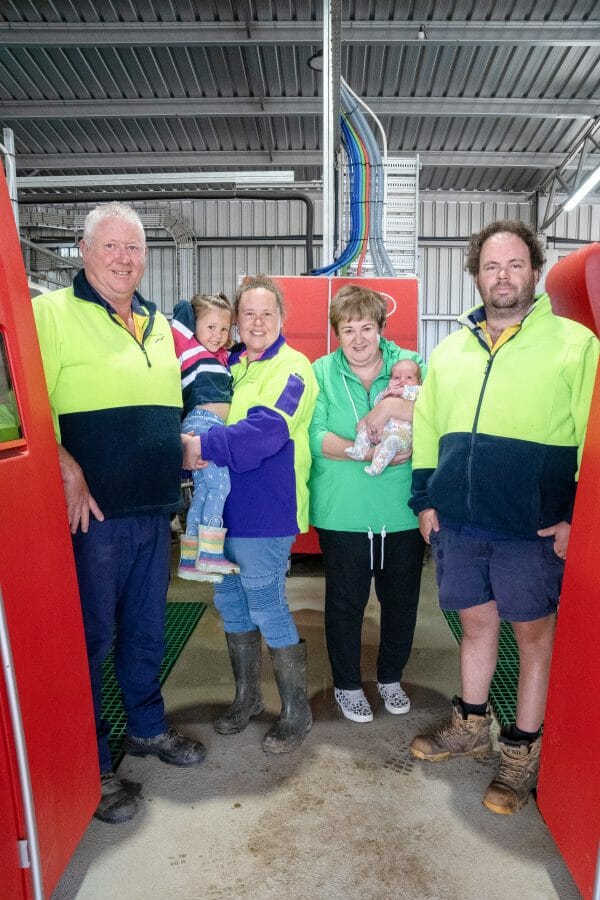 The Connors in their Robotic Dairy

They also have another farm north of Mount Compass at Yundi where they rear calves, which has been in Jodie’s family for 60 years.

But it is the Mount Jagged property, Minbee Dairy, which has been the subject of some exciting innovations over the past 12 months.

“We had been considering a dairy upgrade at Minbee for a number of years,” Jake said.

“The Minbee herd had grown from 250 head to 350 over two years and we were milking through a 12-a-side double-up dairy, which was over-capacity for what we wanted to do.

“Robotic milking had been in Australia for 20 years and it is something we had been following closely as technology has developed over time. We liked the idea of a voluntary milking system where cows are able to come and go from the dairy as they please.”

Cow comfort was front-of-mind when the Connors made the decision to build a new dairy featuring six Lely Astronaut milking robots, with Jake saying voluntary milking suits their way of farming in a pasture-based, seasonal calving system.

“We have always tried to stay up-to-date with the latest technology, even in the conventional system we use at Nangkita, so we weren’t necessarily daunted by the technology side of robotic milking,” Jake said.

“Robotic milking isn’t for everyone and it is a completely different system which takes a lot of getting used to, but for us it’s better for the cows, the farm and the people who work here.

“Another reason for choosing robots was the lack of reliable labour, which is a widespread problem in agriculture.

“The cows were able to adapt to the system quite easily. It took more getting used to for us as humans because it’s a change in mindset. You have to work around the cows and do jobs like wash down the dairy when there aren’t many cows in there.”

The capital investment in such a project is nothing short of significant at $2 million.

However, after weathering some very challenging times in recent years, the Connors can see a bright future for the dairy industry – an outlook that has only been bolstered since they became La Casa suppliers.

“In all our time dairying, we’ve never had a secure milk price like we have now with La Casa,” Jake said.

“We were able to talk openly to La Casa – Managing Director Claude Cicchiello and milk supply team Wayne Lyons and Ty Maidment – about our plans for growth and investment, which they were fully supportive of.

“We signed a three-year contract with La Casa, which gave us the confidence and basis to be able to commit to this level of investment.” 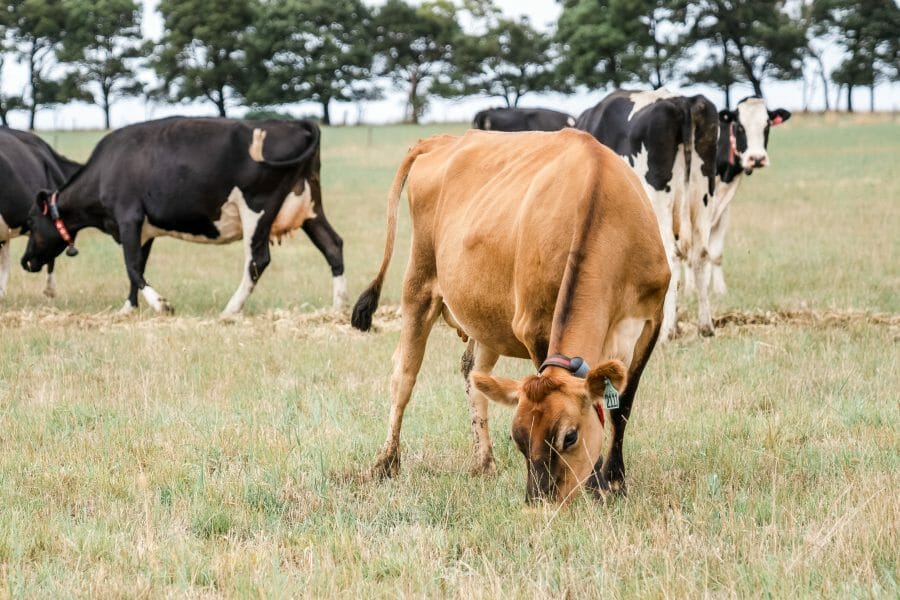 For the Connors, the strong alignment of values between Nangkita Dairies and La Casa made signing a long-term contract an easy decision.

Both are multi-generational South Australian family businesses, who are committed to SA’s dairy industry.

Both are investing and growing, the Connors with their new dairy at Mount Jagged and La Casa with its new $35m production facility currently being built at Edinburgh Parks.

“The fact that La Casa is willing to invest in their own business and expand production gives us confidence in the long-term sustainability of the industry, which is something we weren’t getting prior to supplying La Casa,” Jake said.

“It shows us that La Casa are serious about their commitment to South Australian dairy farmers. If they were stagnant, we’d be asking questions.”

Such is their confidence and optimism, the Connors have more plans for growth on the horizon.

“To do that, we are considering building a new dairy at our Yundi property and if we do that then it won’t be a conventional dairy, it will also be a robotic system.”