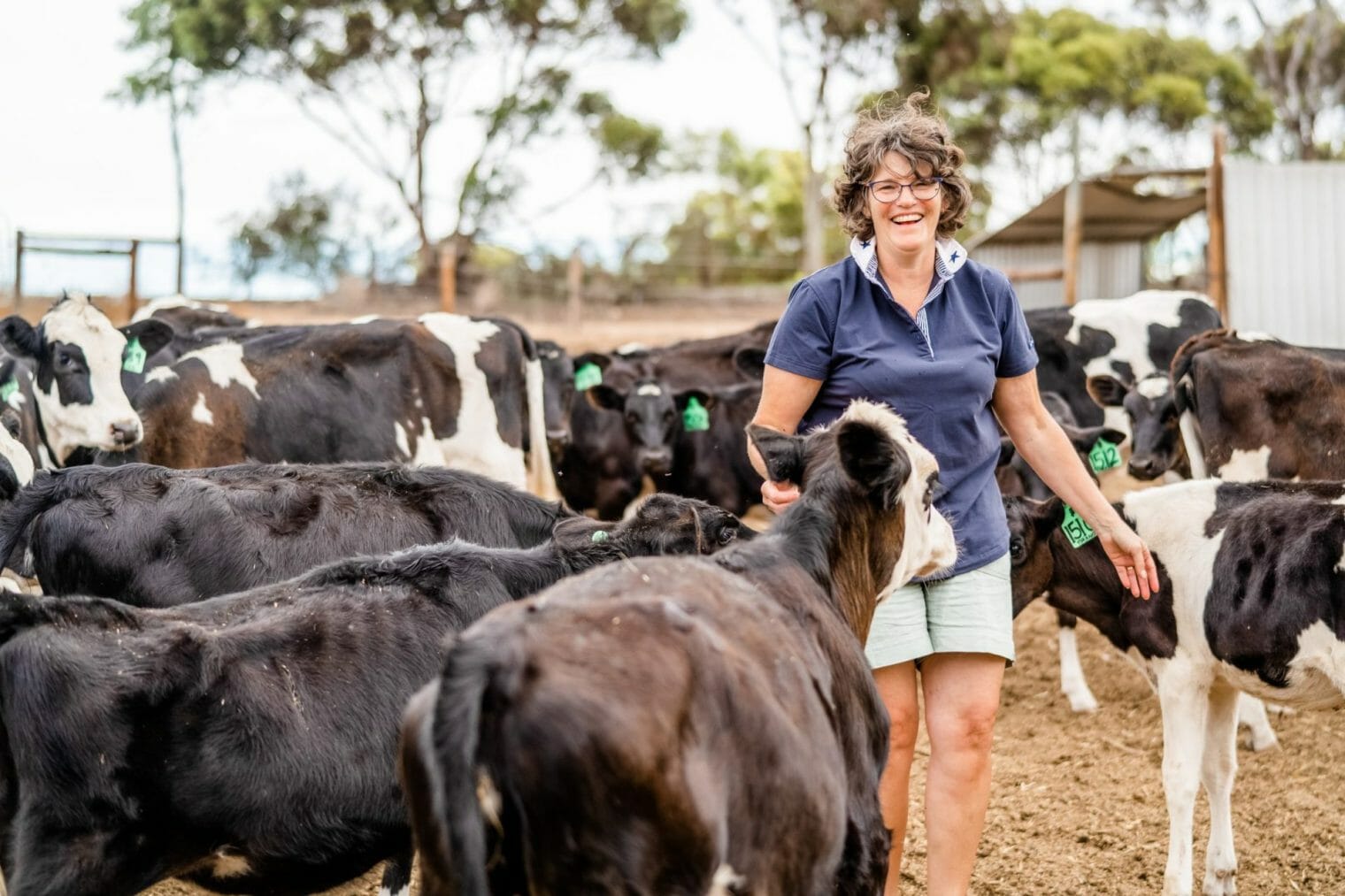 “As a La Casa supplier, their plans for growth gives our business stability. They believe in themselves and want to produce a quality product, which there is clearly a strong market for, and they need quality milk as much as we need a fair price to produce it.” Kate Bartlett 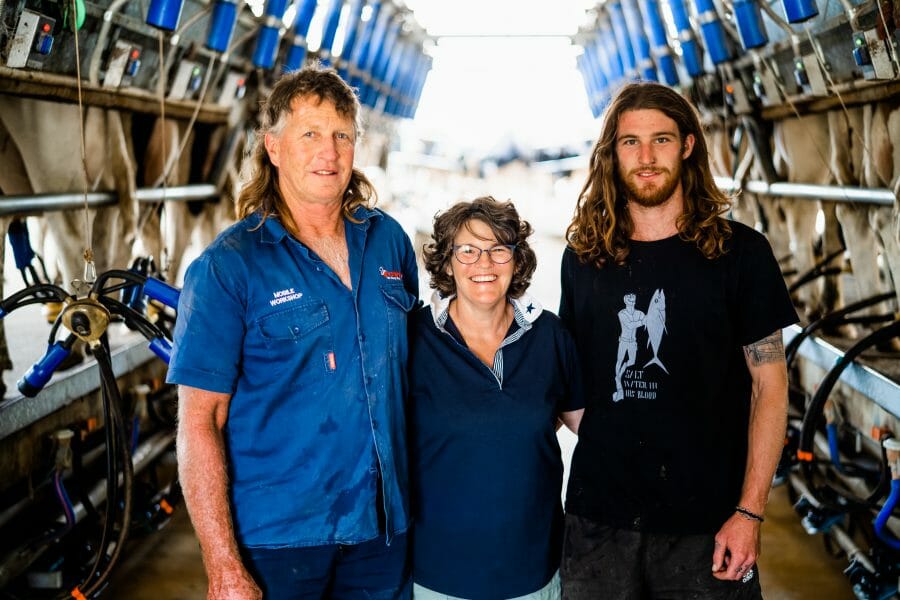 Having farmed on the river flats at Woods Point in the Murraylands for what is now four generations, the Bartlett family had seen plenty of change.

Droughts, floods, industry deregulation, fluctuating milk prices … even milk transportation changed from river to road since the family originally settled there in 1927.

But, until recently, the Bartletts’ milk processor had not. They had supplied the same group through name changes, sales and diversifications since group milk sales were formed, totalling almost 80 years.

It wasn’t until a conversation with a dairy farming friend at nearby Jervois that the Bartletts – Kym, Kate and their children Jesse and Tarsha – began to seriously entertain the idea of supplying milk to another processor.

“They were very happy and comfortable with the decision they had made to change processors.

“However, it was a big decision for us. Kym’s family had supplied the same company for generations.” 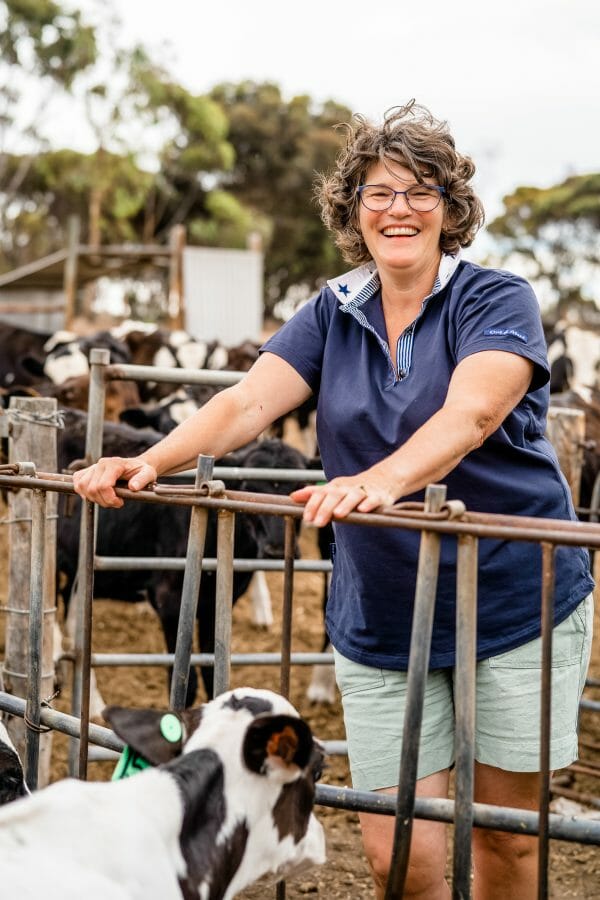 The Bartletts milk up to 225 cows in a year-round calving system, producing just under two million litres of milk a year.

In their conversations with the La Casa milk supply team – Ty Maidment and Wayne Lyons – prior to signing a contract, the Bartletts asked plenty of questions, all of which were answered quickly.
But what stood out to Kate was the desire of La Casa to learn from them.

“In the end, there wasn’t much difference in the price between what La Casa were offering and what another processor was offering, but it was the way we were treated by La Casa that made us feel so welcome.

“They work hard to gain and keep their suppliers and they’re always willing to listen to us.”

What was a monumental decision for the Bartletts, who are one of La Casa’s newest farmers having only been supplying since 1 July 2021, has turned out to be a simple, stress-free transition.

La Casa’s recent announcement of a new $35 million factory to be built at Edinburgh Parks in Adelaide’s north has only further buoyed the Bartletts’ confidence in South Australia’s dairy industry.

“I think La Casa’s new facility will be a great thing for the entire South Australian dairy industry,” Kate said.

“As a La Casa supplier, their plans for growth gives our business stability. They believe in themselves and want to produce a quality product, which there is clearly a strong market for, and they need quality milk as much as we need a fair price to produce it.” 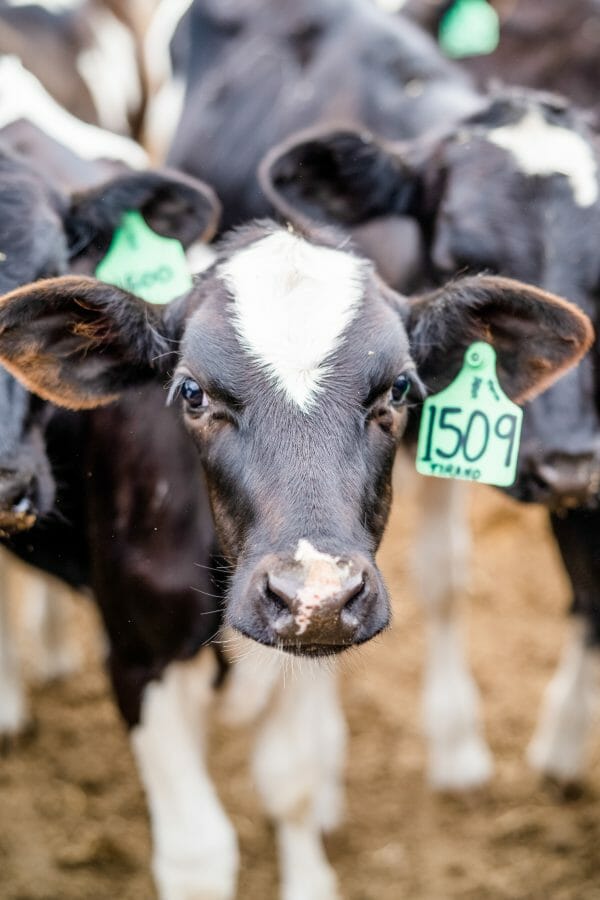 Stability is integral to the Bartlett family business, particularly now with Jesse, 22, back on the farm.

Jesse is the first full-time employee the family has ever had, highlighting just how hard Kym and Kate and the generations before them have worked.

“We never made the kids feel like they had to come back to work on the farm after they finished school,” Kate said.

“Jesse wanted to, but we told him he had to work somewhere else for a few years before he came back, which he did.

“But there was no stopping him coming back. I describe him as a ‘mini Kym’ in that he loves farming, he loves animals and he loves growing pasture and plants.”

This passion for working with nature has transferred into on-farm improvements the Bartletts have made over the years in an effort to become more sustainable.

In fact, farming on the flats of the River Murray, these improvements have almost become a necessity.

“Farming on the Murray, we are very aware of water and water usage. Water and electricity costs are our biggest overheads,” Kate said.

“That’s why we’ve made improvements to the way we irrigate. We take three or four paddocks out of production every year so we can laser level them and improve our water-use efficiency when we irrigate.

“A water re-use system is also in place which enables us to capture run-off irrigation water which we then use to water other paddocks.

“All the water used in the dairy is captured and re-used to wash down the yards, and we’ve also installed solar panels and LED lights in the dairy to generate and conserve electricity.”

With the backing of La Casa, Kate said she is confident they will be able to continually invest in the business to make it more sustainable for the next generation.

“We feel very comfortable doing business with them,” she said.

“La Casa recognise the importance of people and their farmers and they recognise they need to be doing the right thing by farmers to guarantee supply.”